I was drawn into the "Great Filter Debate" again today, and I decided to put a little work into finding out what other people do. Which camp are you in? Do you normally have a Skylight or UV filter on your SLR lenses?

I used to mount one of these filters on the front of every lens, only taking it off when I wanted to mount other filters on the lens: a polarizing filter, a Neutral Density, etc. A few months ago, I decided to take the filters off. I still think today that it was the right decision.

Why did I have it on there in the first place? Well because "EVERYONE KNOWS" that it would be cheaper to replace a $100 filter than a $2000 lens if you smash your lens into a wall or drop it on a rock. And 'way back in the film days, we were told such a filter would cut through the haze and make your landscapes crispier and contrastier, wouldn't it?

One day, I was shooting something in the studio (I remember where I was and why I did it, but no other details: I admit it – I'm getting old!) and I was pointed into some back lights and I could even see the ghosts on the LCD and I took the filter off to minimize reflection and glare and, well, it did. And somehow the shot was crisper and cleaner. So I thought about it, went outside and took some shots with the 70-200 with no filter. Maybe it was my imagination, but I had the impression that FINALLY, that lens was living up to its reputation. Brilliant.

I took all my UV/Skylight filters off. They haven't been back on since.

The big argument is, of course, that the filter was disposable glass that would protect your lens like the crumple zone and frangible bumper on your car. Well yes, maybe: but I've been shooting for over 50 years and damned if I can remember EVER dropping a lens or banging it into anything. Even if you did, you had a lens hood on that would protect it except from a direct impact.

I can see that if you're crawling through the mud in a rice paddy 2 klicks North of Ta Con airport outside of Khe Sanh, you might want to have some extra protection for your lens, but this isn't 1968 and anyway, I won't admit to having been there (just threw that in to make you think for a sec...). Or in the blowing sand on a rooftop in Fallujah. Those guys need filters on their lenses.

But then again, you might be on the shores of Lake Superior on a windy November day or shooting on the beach in Cayo Coco, Cuba. Sometimes it's smart to have something between the front of your $2000 lens and the elements. 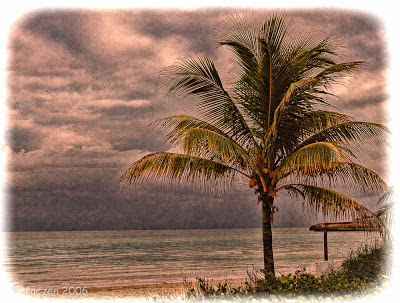 This shot, on the other hand was done without the benefit of a protective filter, in the rain. Pointing up in the sky, so how can the lens not get wet?'But, folks, it's only water...

It's not as if I was dunking the camera underwater, so it was raining! How could a filter have helped? I did clean and dry the lens surface afterwards (hint: go to Walmart and buy a package of microfiber cloths. They suck up dirt, grease, dust and moisture and will not scratch or mar a surface if you're careful to keep them clean. You can machine wash them, but I don't bother: a 3-pack is only $4).

Do you think this image would have come out this sharp with a filter on board?

OK, now down to the nitty-gritty. I ran a survey by the denizens of the TIF forum (I know, someone is going to say that's repetitiously redundant: "TIF" stands for "The Imaging Forum", so I just wrote "The the imaging forum forum"!) and the Richmond Hill Camera Club. As I write this, I have 28 responses, and they break down like this:

Almost right down the middle! Now of those who said they wear protection, 100% said the purpose was to protect the lens and a couple of people added that they thought the filter improved the contrast.

Of the people who said No, the added detail was interesting: 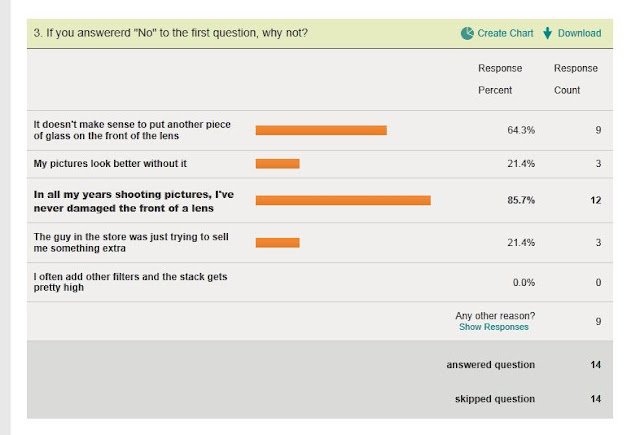 There were several comments that accompanied this question: several said they wore filters in bad conditions, some said it was a nuisance when they wanted to use polarizing filters and one said simply, "I use the lens hood".

Next question was this one: 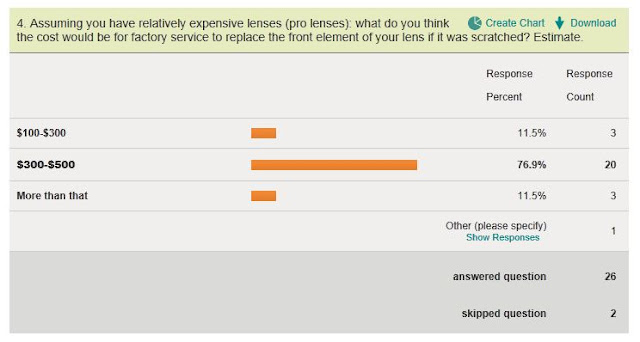 Half of the respondents or more said they were what I called "semi-pro's". Two people were full professionals, the rest amateurs.

There were some interesting general comments. Two mentioned that 'someone' had dropped their camera and the UV filter took the damage ('someone'. Right). A couple reminded us to use our lens caps in the bag (and use a bag!).

So I'm not hiding my opinion: no filters for me for protection except where conditions warrant. But the lenses were built to take it, it's like not taking your motorcycle out if it looks like it might be thinking of raining because it might get wet. It's up to you, it's your lens. The only directive comment I will make is if you have a $2000 lens, for heavens sake spend more than $10 on the filter if you use one: go shoot a picture through your car windshield and look at it. That's what you're doing with cheap glass.

I might add a footnote or two if more interesting results show up... pop back in a while to see.

PS: the survey is here if you haven't responded and you want to.